School staff in England will start to collect more pupil data this week as children go Back-to-School. Country of birth will be collected for the first time, and be extracted at national level together with nationality for the first time, as well as all the other usual named personal confidential data in the spring census, from on-roll school census day January 19, 2017.

This data expansion affects 8 million school children age 2-19, and all schools in England, adding to the possible 400 variables stored in the National Pupil Database for every child, at individual and identifiable level, for indefinite storage and for third-party use, including giving confidential and sensitive data to commercial businesses and charities.

There has been no Parliamentary discussion and no public consultation for this expansion of pupil data collection, no Privacy Impact Assessment, or published Business Case of cost to schools and systems versus benefit.

Our request to the Department for Education (DfE) for the publication of minutes from discussion by the DfE Star Chamber Scrutiny Board about proceeding with this expansion has been declined.

Its expected benefit and how EAL data use will differ from what is already done today,“the precise detail of the formula” are still to be set out. Fairer Funding plans in which schools in London expected to receive less money, have since been pushed back to at least 2018-19.

The new data on pupils are to be extracted through the school census and early years censuses and there are growing concerns about a significant invasion of privacy and potential discrimination especially in the current political and media climate.

Many school staff and parents have concerns that it is neither necessary or proportionate to collect from 8 million children, for vague purposes.

What numbers do we have already?

Estimates of the EU migrant population of the UK are available from the Labour Force Survey, and are published in an ONS annual statistical release on ‘Population by Country of Birth and
Nationality’. According to the most recent release, in mid-2014 there were around 3.03 million people born in other EU countries living in the UK, and around 2.94 million people who were nationals of other EU countries living in the UK.
Foreign nationals were 8.4% of the UK population, which places the UK 10th among the 28 EU countries on this measure. Foreign-born people were 13.0% of the UK population, which also places the UK 10th among EU countries on this measure.
The Telegraph in June 2016 said this included around 25,000 school-aged children arriving in 2014. This is around one child per school.
Almost 700,000 school-aged children, they wrote – one in 15 pupils nationally – have a parent who is a citizen of another European country. That figure includes children who moved to Britain with their parents *AND* those who were born here after one or both parents migrated to the UK from their home countries.
This includes families like those of Nick Clegg and Andy Burnham.
What it is that the DfE wants from Country of Birth is not clear. Official countries, the bit of the world people come from, significant areas of migration, all have a degree of complexity needed to answer different questions that simply ‘what is on the passport’ does not provide.

The Office of National Statistics data 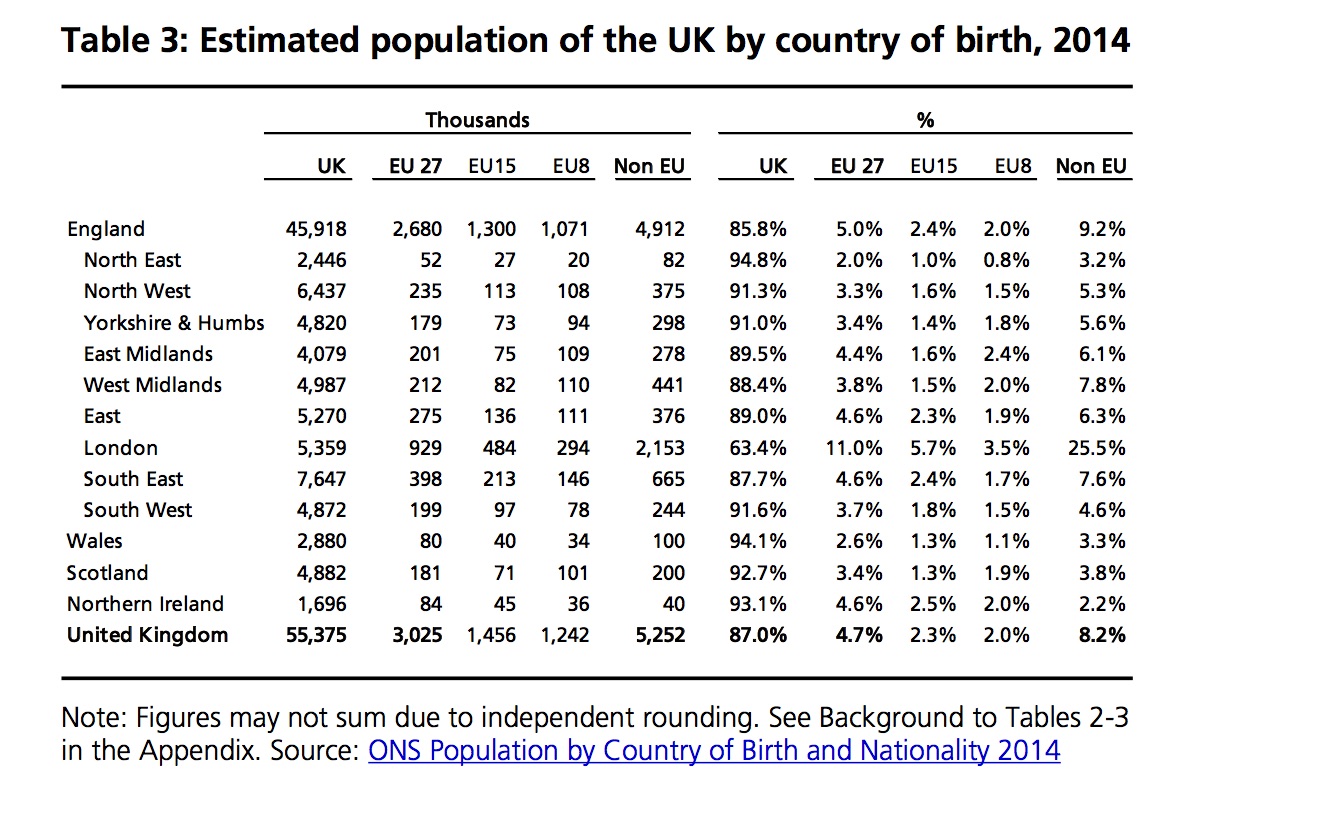 Staff and parents fear that discrimination may develop in-practice as some schools are asking for documents for some groups of pupils to ensure this matches DfE user guidelines to check “which country issued the pupil’s passport” even if seeing the passport is not required according to the DfE.

Questions we have received from staff include: “Are we being asked to act as border police?”

Given the previous 2013 plans to restrict children from immigrant families receiving school access on arrival, and in 2015 Nicky Morgan introduced the concept of ‘education tourism’, there are concerns from staff and parents that vetoed 2013 plans will be reintroduced, or data used in immigration enforcement.

Why the Home Office has already had access to data in the National Pupil Database without any public transparency since 2012, remains to be clarified.

Frequently-asked-Questions on the National Pupil Database

More information is available in the DfE’s recent guide to the school census.