In January 2022 the Department for Education (“DfE”) announced a “new daily attendance data collection trial”, collecting personal data about school children in England, through the company Wonde contracted to act as the ‘middle-man’.

The DfE had asked schools to sign up to a daily attendance tracker ‘trial’ which would collect real-time data from their registers “to help address absences more quickly”. What role the national Department has for interventions with the individuals whose names and details it would collect was unclear, in what appeared to be an obviously excessively frequent, unnecessary and disproportionate data collection. We asked, and were told the data was being extracted every two-to-four hours, every day. Why the national needs could not be met by collecting statistics, or why a less intrusive option was not explored for the, “expansion of [the] existing data collection” as described by the DfE, or “for the new daily frequency and via this new means,“ was not explained anywhere. If this is about absence, why is the national Department collecting data daily from millions of children who never miss school?  And who exactly will access what data as part of the Attendance Alliance at the DfE? Who would tell pupils and families?

We wrote to the ICO on February 1st with concerns. In May, we made a request for information as little had been forthcoming.

The communications and documents that the Information Commissioner’s Office (“ICO”) subsequently released in response to our Freedom of Information Request in July, show that at that time, and when the data collection started, the DfE had not in fact worked with the ICO on its DPIA, contrary to the DfE’s initial communication to schools (which the ICO subsequently asked it to edit /retract). Nor had the DfE had a Data Protection Impact Assessment (“DPIA”) signed off before processing began, as required by law.

The ICO asked the Department to pause the high risk data collection, and carry out the risk assessment. The Department declined to pause.

The ICO also flagged that the DfE had failed to meet its DPIA obligation as it must be completed prior to starting the data processing. When the DPIA was subsequently signed off and provided to the ICO (then retracted and another version sent the next day), the ICO went on to document a wide range of concerns described in over ten A4 pages (at the end of the bundle), including about the excessive 66-year data retention period (just like the Schools Bill), and the DfE’s failure to demonstrate the necessity of the data processing.  At the time of writing, the DfE does not appear to have made any substantive changes to address the ICO’s long list of concerns, including being unable to demonstrate it has met its lawful obligations. The DfE seems to be carrying on, business as usual 8 months later after those ICO findings on this ‘trial’, much as it did after its 2020 ICO audit.

As of September 1st, we were told 65% of schools were sharing their daily attendance data, that’s 14,443 schools out of 22,060 that have been approached by Wonde and asked to share data.

We are very concerned at the policy-level decision making, as well as lack of care and attention paid to the process, once again, before starting a new national data collection at scale, and that includes highly sensitive data, and which poses risks to the fundamental rights and freedoms of pupils. Not only what is being done, but how. Our legal team at data rights agency AWO, has written to the Department to seek urgent answers on our behalf as there is a lack of transparent information being provided to schools, parents and children about the data collection. The DfE’s initial response to us has confirmed that the daily attendance data is likely to be used to support legal interventions, including issuing fixed penalty notices and prosecuting parents. The DfE’s response also leaves important questions hanging, regarding how daily pupil data could be used in future phases of the project and who it could be shared with.

Our legal team is continuing correspondence with the Department. We have also launched a crowd-funder to raise money for the challenge which will only be deducted if and when we reach the minimum goal. If you want to donate please do so here. We’ll keep you posted on progress.

You can also support by sharing this post with friends: https://www.crowdjustice.com/case/defenddigitalme-data-challenge/ and you can make your voice heard with your MP. 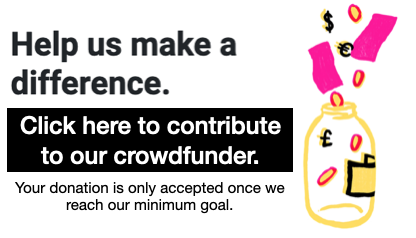 The data items include:

**What is a “looked after” child? https://childlawadvice.org.uk/information-pages/local-authority-duties-to-looked-after-children/

The original bundle can be read here.